Knowledge is the key to continuous improvement

Learn about the two
barrier philosophy

The importance of having control of the safety in the wells cannot be underestimated. Several regulatory bodies and industry standards recommends that two independent barrier shall be in place, and that Well Barrier Schematics should be used to demonstrate this. Take a look at the video and get an easy to understand principle description of how to follow a two barrier philosophy. 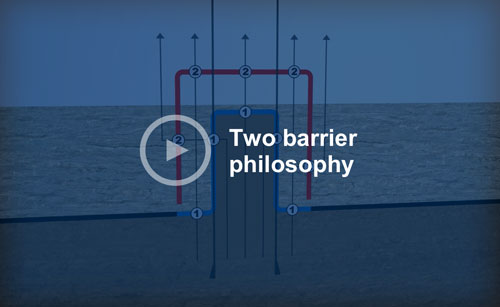 The history of
Well Barrier Schematics 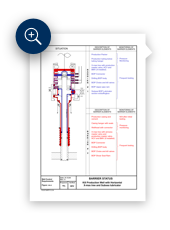 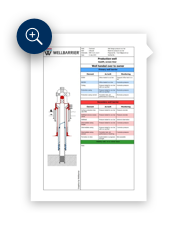 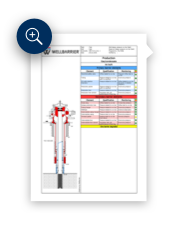 1992 – Concept inaugurated by Terje Løkke-Sørensen while working for Norsk Hydro.
1990s - Graphical representation developed in 3 different directions.
1998 – Graphical representation consolidated into one common graphical layout by Tore Fjågesund while working for Norsk Hydro.
2004 – NORSOK D-010 Well Integrity in Drilling and Well operations rev. 3 was launched with 39 Well Barrier Schematic samples from the Norsk Hydro library with
Tore and Terje as two of the principal authors.
2007 – Tore and Terje (has since left the company) started Wellbarrier AS to offer a commercial solution and provide the Norsk Hydro/NORSOK Well Barrier Schematics to the industry based on fixed drawings and an editable barrier list table.
2011 – Wellbarrier launches Wellbarrier Illustration Tool v.2, a software solution that allows the users to make their own high quality illustrations with consistent graphics. The barrier table was expanded to show both qualification and monitoring for the barrier elements.
2014 – A solution to align the well barrier illustration with pore and fracture pressure is introduced.
2016 – Wellbarrier launches Wellbarrier Illustration Tool v3, where the well illustration is now used as a core element in a module based application. The tool has a stronger well focus and automatic display of current well barrier illustrations with well barrier element status (traffic light) is made.
2018 – Wellbarrier becomes a Schlumberger Technology to strengthen Schlumberger's well construction software portfolio and to strengthen a global marketing and sales position.

We are always available for enquiries regarding well barrier integrity, training and technology.